Not everyone may be familiar with TK Kimbro, but I’d imagine nearly all of our readers are familiar with the acts he’s involved with. That includes: 03 Greedo, Shoreline Mafia, Drakeo the Ruler, Maxo Kream, The Stinc Team, ManMan Savage, RonRon the Producer, Rucci, Az Swaye, and many more. TK works as one half of R Baron, a management and marketing group, which operate under the slogan, “Take From the Rich, Give to the Poor!”

TK and Jeremiah Aubert, (also known as Picasso) first linked while TK was working with a group named Strong Arm Steady, well known in the West Coast underground. Krondon, a member of Strong Arm Steady, linked TK and Picasso through a group Picasso was in with Krondon’s younger brother. Around the end of 2013 the two officially came together to form R Baron, a full service music management company. The group worked with quite a few different artists, but TK credits producer Ron Ron for a lot of their current success. They took interest with Ron Ron early due to his continued involvement producing hits in the underground of LA. Many of these tracks can still be found on Soundcloud; this include acts such as frostydasnowmann. Drakeo, and the Stinc team. The story goes TK linked with Shoreline Mafia because at the time they were stealing beats from Ron Ron. Over the past few years, R Baron’s fingerprints could be found all over the bubbling underground of west coast Hip Hop. As some of the acts they’ve worked with have crossed over on a more mainstream level, Shoreline Mafia for example, R Baron has expanded working with artists in new regions. The group recently began working with BandGang Lonnie, one of Detroit’s most exciting rappers, as well as ManMan Savage, who has been bubbling in Atlanta for quite some time.

Speaking with TK it becomes obvious; he is not only passionate about the artists he works with, but the regions in which he works. One of the first topics that came up in our discussion is TK’s love for Detroit. From 17 to 19, TK lived in Detroit and recalled a moment of realization on his first day of school. He showed up in a Champion sweat suit, new balance sneakers and was confused why no girls had talked to him. After his cousin from the area explained he looked straight out of “Yo MTV Raps,” he cut his hair, got a fade and went to the North Lake mall to buy his first Gucci Sweat Suit.

TK has a love for all things Hip-Hop, not only including the music but the culture and trends behind it. This story is a perfect example of TK’s almost encyclopedic knowledge of all things hip-hop culture. After learning I grew up in Syracuse, TK spent a good 15 minutes talking about his love of BARS – a rap group composed of Upstate New York rappers I wasn’t even aware of. At the same time, TK is crazy in tuned with everything happening in the underground right now. Just a few acts he mentioned enjoying during our call include: Ron$oCold, Larry June, NolanBeRollin, UnotheActivist, ThouxanBan Fauni, and more.

Over the course of our discussion TK mentions several different people who have either inspired him, or helped him in one way, shape, or form. I did my best to include as many as possible. 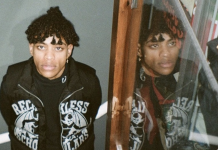 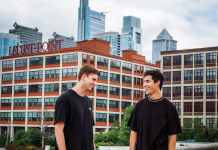 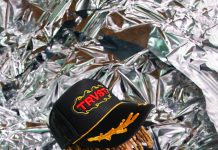 Exclusive Interview: midwxst Talks Plans For This Year, Growing Up In The Midwest, “better luck next time.” and More

Wolfacejoeyy Continues His Hot Streak with “Shake It”

Heath240 Breaks His Hiatus With The Soon To Be Smash “Ayudame”