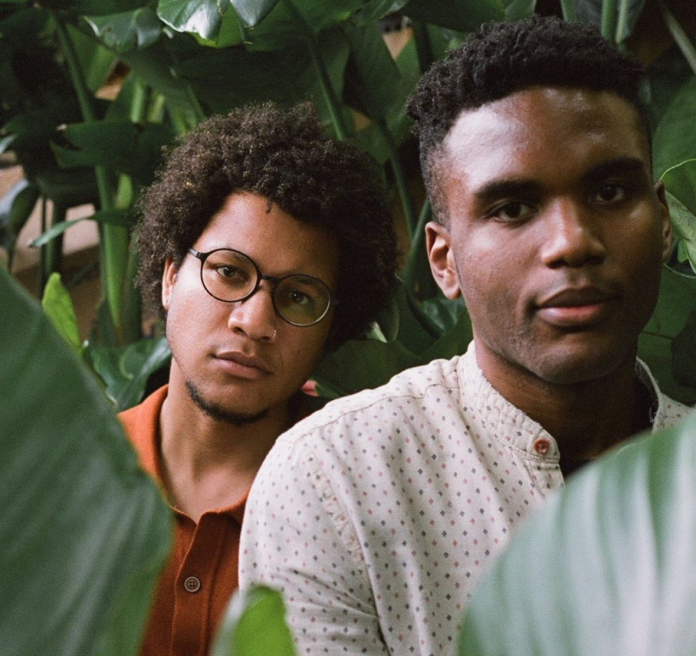 With another gray October day, we look to the streams for a glimpse of light. The sun shines from Brooklyn this time around and we’re blessed with some magnificent releases from Bathe. This year has been challenging to say the very least for creatives in all realms, but these guys have dropped off a powerful pair of waves to catch our attention.

Starting things off with “Better Off”, we’re introduced to a soothing voice which is from Devin Hobdy. He floats above the production provided by his counterpart Corey Smith-West, which is a lush ride through the night air. The percussion and guitars blossom out of their auditory cocoon flourishing into a wonderful vivid flower. “Dealer” plays on some of the same elements, but adds another example of why this Neo-Soul group is worth the listen. The electric guitar rifts paint the air in a technicolor manner while Devin’s falsetto gently skips across the chords. The last minute of the song also transforms into a passionate soundscape of impressive instrumentation and vocals, so it’s very hard to miss the point on this one.

There’s an abundance of talent in these two songs, so imagine how their catalog sounds. Bathe is a different breed of talent, so until the next cut, peep these below.

Undiscovered Gems: Here’s Four New Songs That You Must Hear

Undiscovered Gems: Kevin Powers Shoots For The Stars With New Single, “Walked In”

Undiscovered Gems: Here’s Four New Songs That You Must Hear