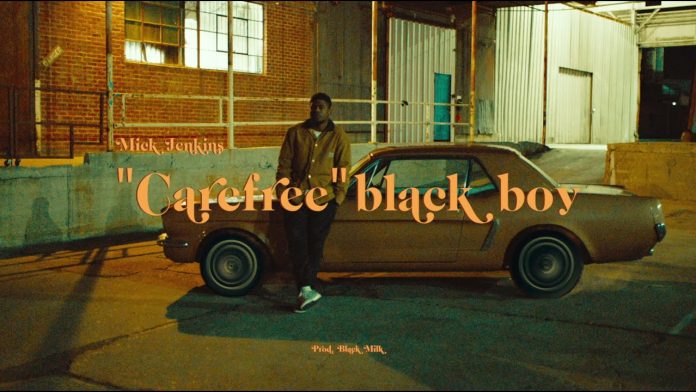 When it comes to consistency, I’m not sure there’s many more diligent rappers than Chicago native, Mick Jenkins. Constantly releasing quality music and visuals, Mick has been a staple in the underground rap scene since at least 2012, so why hasn’t the masses endeared him yet? The question in itself might be ludicrous, considering he’s largely respected in his profession, but it’s one that needs to be asked considering his merit and pure talent. Either way, it doesn’t bother Mick, as he keeps dropping heat, this time in the form of his new video for, “Carefree.”

Set to drop on his January 10th album, The Circus, “Carefree,” is classic Mick Jenkins, finding him in a secluded desert surrounded only by a few other pondering minds, some fire and… well more fire. Effortlessly slicing through the infectious production from Black Milk, Jenkins does a great job at meshing the music with the Jack Begert-directed video, making for an storyline that’s up for interpretation, but gets increasingly intriguing the more you realize, you don’t know what’s going on.

With his 3rd studio album on the horizon, the question that we asked at the top of the article might be answered this time around. It would be hard to see people ignoring him with yet, another great project. Watch the video for “Carefree” below.

Pop Smoke Is Here To Prove He’s The King Of NYC, Peep His Visuals For “Christopher Walking”

Undiscovered Gems: These Producers Are About To Have A Big Year

Undiscovered Gems: Starting 2020 Off Right With These Low-Key Artists

Shinigami Unleashes Fury On New Track, “Out 4 Ur Blood”